We’re very much in the golden age of the superhero, as the formidable force of Marvel Studios leads its comic book pack with a long legacy of characters each emerging as successful solo stars. And with these blockbuster superhero characters and franchises now rapidly multiplying across streaming, the Marvel Universe and DC Universe are each expanding and raising the profiles of their respective streamers, Disney+ and HBO Max. Will Marvel’s comic book kingpin status be challenged by long-time rival DC Comics? It might be a longshot, but in this particular arena, rabidly active fans can guide the way for successful strategies.

Marvel’s massive and consistent triumph in wholesome, action-packed family entertainment made the juggernaut studio a surefire partner for Disney’s acquisition a decade ago. Since then, the two entities have considerably expanded the Marvel Universe characters and storylines to ensure a consistent flow of the superheroes and villains fans love, with each new franchise or offshoot developing its own unique fanbase. By further unifying its production efforts, Marvel/Disney have created a roadmap to sustain key properties through the next year while creating original programming, like the smash hit introduction of Wandavision in late 2020. 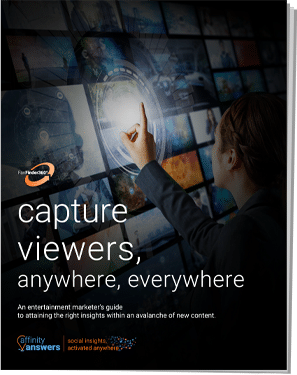 Franchise fans are within your sights.
Discover how crucial fan insights can assist in both promotion and development.

With each new movie and series calculatedly promoting an upcoming property, the superhero era could be perceived as the Marvel era, but DC/HBO Max are close enough to compete. With Wonder Woman 1984 pushed through the pandemic, and Zack Snyder’s Justice League definitely causing a stir, it’s obvious DC is bringing some weight and competition with their own expanded universe and character-based series. Current streaming shows like Batwoman are extending, while upcoming Batgirl and Zatanna properties will be arriving on HBO Max alongside the release of the highly-anticipated The Batman in 2022.

With a lot at stake in 2021 and 2022, properly promoting DC Comics properties will be pivotal in further evolving the DC Universe while expanding HBO Max’s subscriber base and viewership numbers. So how can DC and HBO Max expect to take on Marvel and Disney’s juggernaut-like dominance in the streaming superhero field?

Appeal to fans of similar series.
Marvel has spent years cultivating a hefty fan base spread across properties and channels of varying sizes, from more general to super niche. By identifying the unique brands, interests, and places that particular fans love and frequent, marketers for new and unproven properties can quickly access relevant crowds.
For the upcoming HBO Max original, Batgirl, which current Marvel superhero shows would provide solid fanbases to reach?

Identify the most ideal influencers.
Which social media mavens or YouTube channels are your most-likely fans paying attention to? Do they even have to do with comic books? Coordinating with influencers or channels sharing high mutual fan affinities allows marketers to reach more efficiently vs taking a broad outreach approach.
YouTube movie review and film trailer channels deliver consistent content to growing numbers of film-obsessed fans. Which channels have the most Marvel or DC fans?

In the comic world, fan voices speak loudly, answering the questions marketers are asked most throughout the planning, production, and promotion of properties new and old. By accessing these ever active opinions, as close to real-time as possible, marketers can leverage trends as they happen to ultimately make better decisions. FanFinder360º is an all-in-one insights platform that provides the entertainment world with data into the behaviors, interests, and passions of movie and series fans everywhere. Reach out to schedule a demo or learn more about how FanFinder360º can help evolve your strategies. Get in touch with us today: hello@affinityanswers.com.

Data Modeling will defeat the Cookie-pocalypse You could say that data modeling has been the future for quite a while. The ability to organize vast numbers of people into targetable groups based on any interest, behavior, or demographic is remarkable....