With the massive popularity of the super hero movie genre, Batman v. Superman: Dawn of Justice was one of the most anticipated movies of 2016. Not only did Ben Affleck take over as the new Batman, but it also setup the foundation for future Justice League films and introduced other popular characters such as Wonder Woman, Aquaman, and the Flash to the DC movie universe.

The Dr Pepper Snapple Group looked to gain traction within this audience segment by teaming up with Warner Bros. to sponsor the film. The partnership had multiple components: Dr Pepper bottles and cans with Batman v Super logos and characters, a $5 off ticket promotion, and even product placement in the film. The investment was a major one for the soft drink brand, but also one that can be difficult to quantify. Overall sales lift can provide some indication of the performance of the partnership, but this could be contributed to many different campaigns in market.

An additional KPI for measuring campaign success is TrueAffinity™ by AffinityAnswers.  TrueAffinity is the first brand interaction metric that indicates the strength of active, social engagement between brands’ audiences over time. The higher the score, the more receptive one brand’s audience is to the messaging and content from another brand. 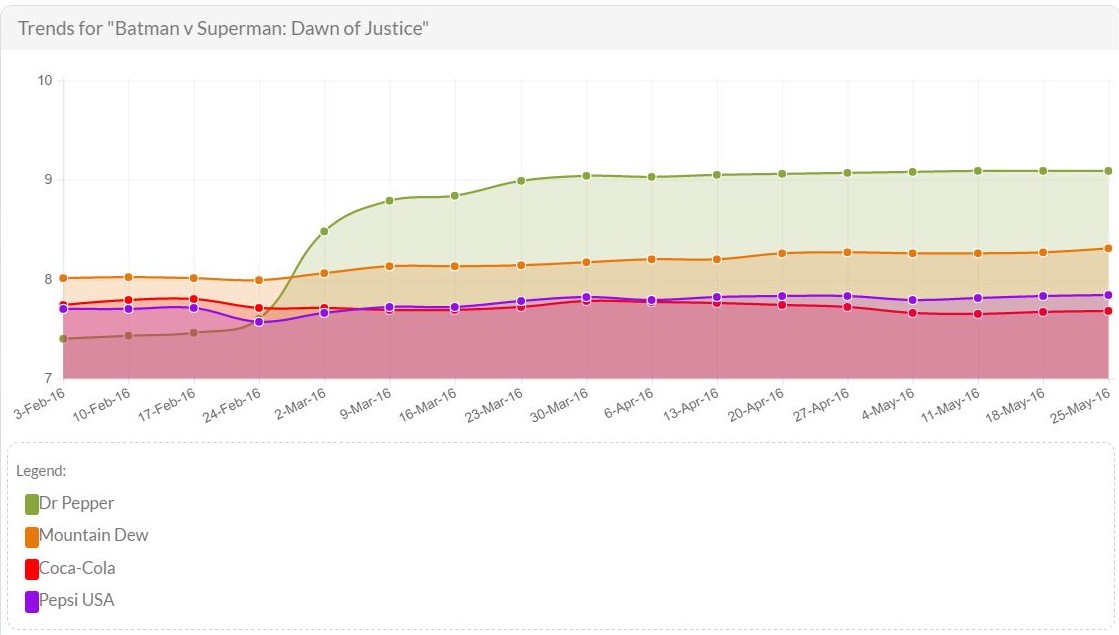 Social affinities represent the consumer’s receptivity to brands, TV shows, celebrities, and more, based on their entire experience, and not just their interactions on social media.  By using TrueAffinity, what happens between awareness and purchase can be measured at scale with specific audiences. TrueAffinity provides a way to measure both the conscious and unconscious influence brand advertising has on consumers (i.e. consideration).

Contact us at audiences@affinityanswers.com to find out how affinity-based audiences can enhance your Buyer-Driven Brand strategies.

Data Modeling will defeat the Cookie-pocalypse You could say that data modeling has been the future for quite a while. The ability to organize vast numbers of people into targetable groups based on any interest, behavior, or demographic is remarkable....